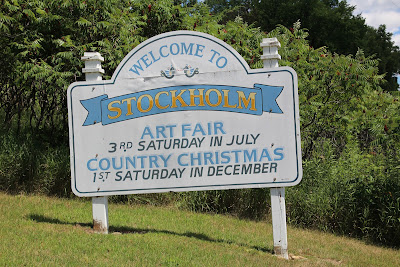 
The Maiden Rock Press reported on Friday, May 31, 1907, a terrible fire at Stockbridge:

Smoke was seen coming out of Larson & Swanson's livery stable about 4:45 Thursday afternoon. Morris Larson ran immediately to the barn and all the horses were taken from the stable except the big team used on the grain wagon. These horses were in the rear of the stable and could not be reached. One of the animals broke loose and, "contrary to the usual custom", rushed from the burning barn. When he came to view of the bystanders he was so badly burned that particles of flesh were dropping from his body, one of his eyes was gone, and one ear burned off. He fell when he reached the street but was immediately up again. As soon as possible he was captured and put out of his misery. His mate perished in the barn.

The fire rapidly spread and in two or three hours the entire side of Main Street from the Hotel to and including Harry Brownlie's dwelling was burned to the ground. Losses were about as follows:

On Brownlie Hotel and barn figures were not attainable.

A. F. Peterson who occupied the hotel estimates his loss at $75.

Anton Peter declined to put an estimate on his loss. He was heavily stocked with hardware and furniture and his loss easily reached several thousand dollars covered by insurance by about half.

The building of Mrs. K. A. Peterson, worth about $1000, insurance $300, occupied by Dr. Grothouse as Drug Store. He saved most of his stock but his loss will probably be about $300, no insurance.

The dwelling of Harry Brownlie estimated at 800 was partly insured.

Frank Keller, who occupied the Brownlie dwelling, saved all his property.

Considerable excitement was manifest when it was learned that in a little shanty at the rear of Peterson's Hardware store was a 25 lb. case of dynamite and a tank of gasoline. The fire worked its way through the grass nearly to the shanty and then went out, leaving the shanty and its contents unmolested.

Among those who had teams in the barn for the day were Charlie Wallin whose horse was burned, but not seriously. Andrew Burns saved his team but lost his surrey [a light four-wheeled carriage with two seats facing forward]. Charlie O'Brien of Range Line and his sister were visiting Stockholm. Their team was rescued but they lost their buggy, whip, robes and bridles and were obligated to buy new bridles and borrow a buggy before they could get home.

It was later determined the fire started from fallen cinders in the rear of the harness shop. It was speculated that if the fire had not been noticed and another five minutes had passed, that "not a business place in town could have been saved" and that all that would have been left of Stockholm "would be the memory of what it had been".

It was noted the fire was so hot that the boys working on the porch of Larson & Swanson's store had to be drenched with water to keep their clothes from catching fire. Mr. Larson and his son Maurice were both quite badly burned while fighting the fire to keep the store from burning. 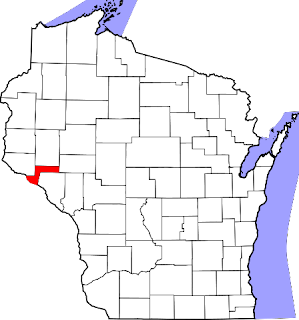 Stockholm is located in Pepin County. 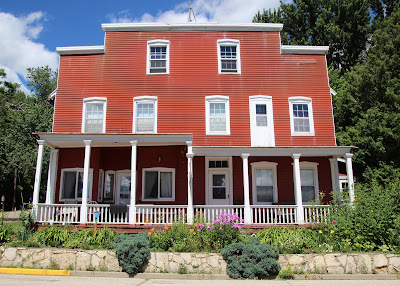 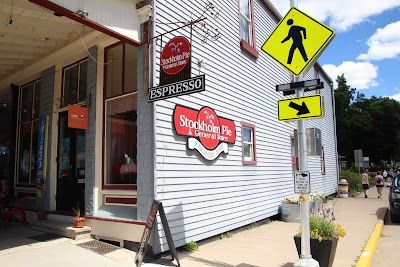 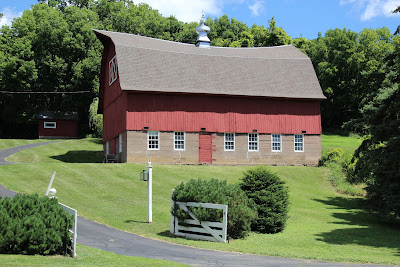 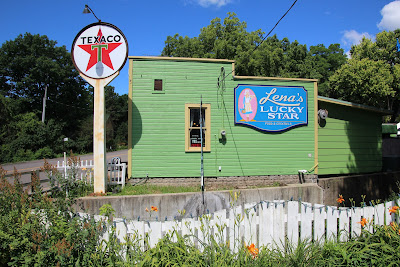 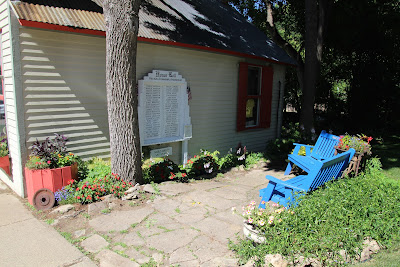 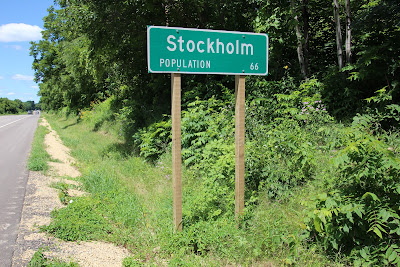