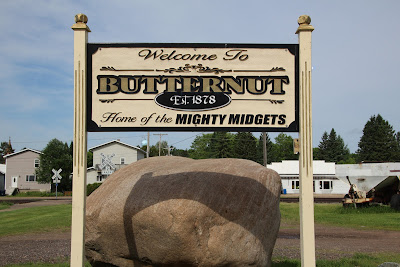 November 1877: The Eau Claire Free Press reported that Hart & Bridge at Butternut are doing a lively business with their hotel, and a fair stock of groceries they keep for their neighbors, and whoever may happen their way. They are good-hearted genial boys, and being square in all their dealings, deserve to prosper, as they certainly will if they remain at Butternut, for that place is in the midst of as fine an agricultural district, though undeveloped, as is found in the state. And it is not a bad place for game. A large female moose unfortunately pursued that way a few days ago, and after a short chase was captured. It weighed over 700 pounds and stood about 7 feet at the shoulders. It, like its numerous kindred, which formerly inhabited the vast timber region between here and the Great Lakes, has fallen before the white man. A large, grey timber wolf was also captured in that vicinity a few days ago.

December 1877: Upon the Wisconsin Central near Butternut, lumbermen were “reveling in the luxury of three feet of snow, and . . . banking logs at a rate decidedly lively”.

December 1878: While driving cattle near Butternut, Joseph Harper was run over and had his leg broken in two places. That same month, Poasmaster Karpe of Plymouth purchased a township of railroad land near the Butternut station with plans to build a mill next spring “in connection with several other gentlemen interested in Butternut colony”. The mill would have a capacity of 15,000 per day, employed principally in manfucturing lumber for settlers.

September 1881: A Swede by the name of Erickson was found in an old logging shanty about fifteen miles from Butternut with his throat cut, but still alive, although the would had evidently been made some six to eight days before he was discovered. He was taken to Butternut and Dr. Harrison was sent for. The would is a very severe one, severing the windpipe. It had partly healed up, leaving an ugly hole in his neck through which he breathed. He could not speak, but by signs he told those who were attending him that he was attacked by two men who cut his throat with a knife and robbed him of his watch.

By the time the story reached Stevens Point through H. W. Guy, an engineer on the Central R. R., it was reported that two Indians attacked him, knocked him down and stole his silver watch and $2-3. Erickson was so completely exhausted from the fright and loss of blood he did not have the strength to walk out to the settlement, and lay suffering in the woods until he was finally found by a settler and the doctor summoned. Erickson could not speak English. Erickson worked in the Ashland Lumber Co.’s mill for some time this summer, but suddenly disappeared. His friends think he is of unsound mind, and that he did the deed himself. He may not recover.

September 1891: Tragedy struck Butternut twice in one week. Twenty-year-old Edward Buchner accidently shot himself and died soon after. J. E. McKume, a Wisconsin Central brakeman, was caught between the cars at Butternut and killed.

June 1881: A “deep plot to murder” was discovered by Ashland officials.

March 1890: Butternut Chief of Police W. J. Sparkling was confined to jail on March 29, 1890, in default of a $500 bond on a charge of criminally assaulting with intent to kill one Pat Regan, a citizen of Butternut. Sparkling’s trial was set for April 15th.

March 1890: Riot at Butternut: The trouble grew out of a political row, and became almost a riot. On Main Street at Butternut the night of March 28, Sparkling says he was attacked, while alone, by 20-30 fellows. The opposite side was led by Glynn, and he struck Glynn in self-defense. Glynn is terribly wounded about the head. A number of prominent citizens of Butternut are under arrest or out on bail, and more arrests are to follow.

November 1923: “Butter from Butternut” reads the headline in the Sheboygan Press on November 15, 1923. The “mystery of theft of seven tubs of butter from the Butternut Creamery” was being investigated by Ashland county officials. A reward of $50 was offered for the arrest and conviction of the persons who took the “yellow gold”.

December 1892: Ed Sineberg of Butternut was examined by Drs. Ashbum and Noble at the county jail the first week of December and found insane; he was sent to the asylum. The same week Frank Taylor suffered a fractured skill in a nearby logging camp when he was kicked by a horse while unloading some logs. He had to walk two miles to the camp before getting any medical assistance. It was reported blood “oozed from his head in a frightful condition necessitating his being given opiates. Although it was hoped Taylor would recover, the doctors felt his recover was “doubtful”.

June 1918: The Butternut Germans were lauded for their patriotism when, in June 1918, Otto Zoesch donated an 80-foot spruce flagstaff to fly an American flag purchased by “the officers of the village”. The flag was unfurled in a ceremony that included speeches by Prof. George Wagner of the state university and Atty. M. E. Dillon of Ashland. A majority of Butternut residents are of German descent, “but their Americanism has been attested by Liberty loan and Red Cross subscriptions and by other activities”.

WAS HE MURDERED?
That is the Question the People of Butternut are Trying to Solve.
(From the Stevens Point Daily Journal,
Saturday, July 16, 1910)


That twenty-one year old John Otto of Butternut was murdered is the general belief, since the investigation at Butternut last Saturday. The coroner's jury brought in a verdict to the effect that young Otto was killed by some sharp instrument, probably a pitchfork, used by parties unknown. The disappearance of George Otto, the father of the dead boy, before the inquest was over, caused considerable comment. Young Otto disappeared from home about three weeks ago. The testimony of his mother was that he helped her sprinkle the yard during the evening, and that he completed the chores, after which he sat down by the root house. She told him to come in and go to bed, but he remained outside and that was the last she saw of him.

The body was found lying in a clump of bushes about half a mile from the house last week. A thorough investigation disclosed wounds in the throat, sufficient to have caused death. The throat was punctured, and there were also punctures in the arm, which might have been made with a pitchfork. The father was placed on the stand at the inquest but he refused to answer some questions, and was excused until two o'clock, but the officers were unable to find him during the afternoon, and the jury returned a verdict. There is considerable prejudice against Otto at Butternut. It was disclosed at the inquest that he has been in trouble before for abusing his family, but the evidence at the inquest failed to connect him with the death of his son. His disappearance at the inquest was the only suspicious circumstance. 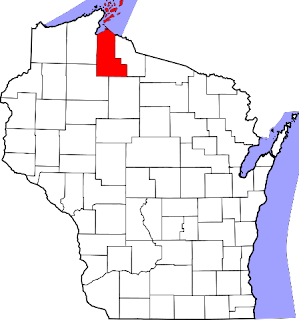 Butternut is located in Ashland County. 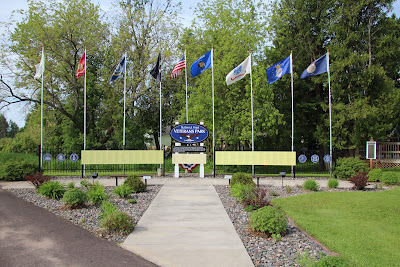 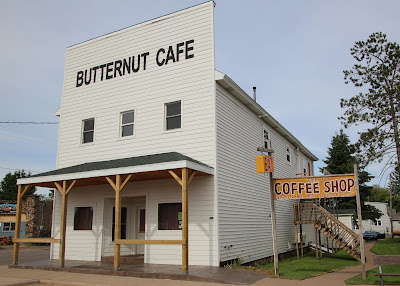 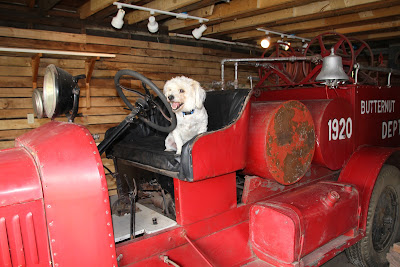