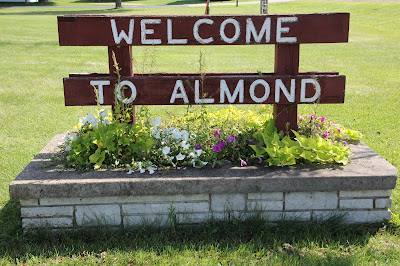 ★ Almond thermometers recorded temperatures of 25 degrees below zero on February 23, 1910; the frigid temperatures were accompanied by a strong west wind. Potatoes were selling at 18 cents, a discouraging outlook for Almond farmers. Three fire alarms kept the Almond fire boys busy. A chimney fire at Dernbach’s required ladder work; a fire in Bowden’s office was “quickly put out by the tin pail brigade; and a fire in the Stark warehouse required “long distance exercise in water toting”. Losses were small, the greatest about $50 at Bowden’s.

★ On April 4, 1916, the “wets” and the “drys” battled it out in the Portage County polling booths. Stevens Point remained wet with a 559 majority, but the villages of Almond and Plover, and Plover township, voted dry – against saloons. Almond was already “dry”, and went “96 to 45 against license”.

★ The fates favored Frank Heinig the morning of Saturday, July 18, 1923. A road crew of 16 strapping men had of late been taking their meals at the Heinig home. That morning, as they prepared for breakfast, Heining discovered his barn was on fire. Everyone rushed to the barn and as they opened the door they saw the hay “heave” – leading them to believe the fire was caused by “spontaneous combustion”. While some crew members removed Heinig’s horses, colts, cattle and farm machinery from the barn, others tore down a wood shed and corn crib connecting Hening’s house and barn, thereby saving the house. Heinig’s 70-year-old mother, “laboring under the excitement of the moment”, rushed into the smoke-filled barn and had to be rescued. The property was only partially insured, but losses would have been substantially greater if serendipity had not played her hand in the events.

★ On Memorial Day, the community meets at the high school and seven to ten area veterans are presented with an honor quilt made by the lady quilters. Living World War II and Korean War veterans have been honored in past years; current recipients are mostly veterans of the Vietnam War. Next, the village band leads the veterans and community members as they march to the cemetery, where there is a short program, taps is played, and the fallen heroes are honored with a 21-gun salute.

★ The Almond Historical Society recently acquired a collection of letters from Maine-born George Crowell who came to Almond in 1867 and established a business that later became a general store. From 1867 to 1871 her wrote letters to his family back in Maine. Crowell was amazed how most of the people in Almond did not wear shoes in the summer months, and especially that the women were barefooted. He documented that in the fall, after the farmers sold their crops, everyone in the family got a new pair of shoes to wear through the winter. Crowell’s letters were saved by the Crowells in Maine and were returned to Almond, along with a diary of Crowell’s journey from Maine to Almond, by Crowell’s descendant, also named George, who turned 100 in 2018.

Henry Solomon Wellcome was born to Yankee settlers in a frontier log cabin on a hardscrabble farm near the village of Almond on August 21, 1853. His father, Solomon C. Wellcome, an “ininerant missionary who travelled and preached in a covered wagon” provided Henry with a strict Second Adventist Church religious upbringing. The Reverend was a freemason, and an early chairman of the village of Almond. His mother was Mary Curtis Wellcome. When he was eight, the Wellcome family moved to Minnesota.

Solomon showed an aptitude for medicine and the sciences at a young age. He later educated in pharmacy schools in Chicago and Philadelphia. In 1880 he went to London, England, where he and Silas Mainville Burroughs formed a business partnership creating Burroughs Wellcome & Company to manufacture and market a new, compressed form of American medicine: pills. Sir Henry later established the Wellcome Chemical and Physiological laboratories, among the first medical research institutes in the pharmaceutical industry.

Eventually, Wellcome researchers helped discover new treatments for diseases such as diphtheria, yellow fever, malaria, leprosy, and sleeping sickness. Wellcome’s collection of rare medical manuscripts form the basis for the Wellcome Institute for the History of Medicine in London.

Sir Henry’s precise title was Knight Bachelor, a title existing since the 13th century. Knight Bachelor is usually conferred for public service, as opposed to knighthood for an order of chivalry (like Arthur’s Knights of the Roundtable). He would have been provided with an insignia of a Knight Bachelor to be worn at “appropriate occasions” on the left side of his coat or or garment.

The Wellcome Trust, established in England after Sir Henry’s death in 1936, is recognized as one of the world’s great benefactors of medical research and the Burroughs Wellcome Fund in the United States has supported medical research since 1955.

A Wisconsin Historical Society “official” marker, erected in 1996 just south of Almond on County Highway J, presumably near the location where Wellcome was born, relates his story and honors his accomplishments. 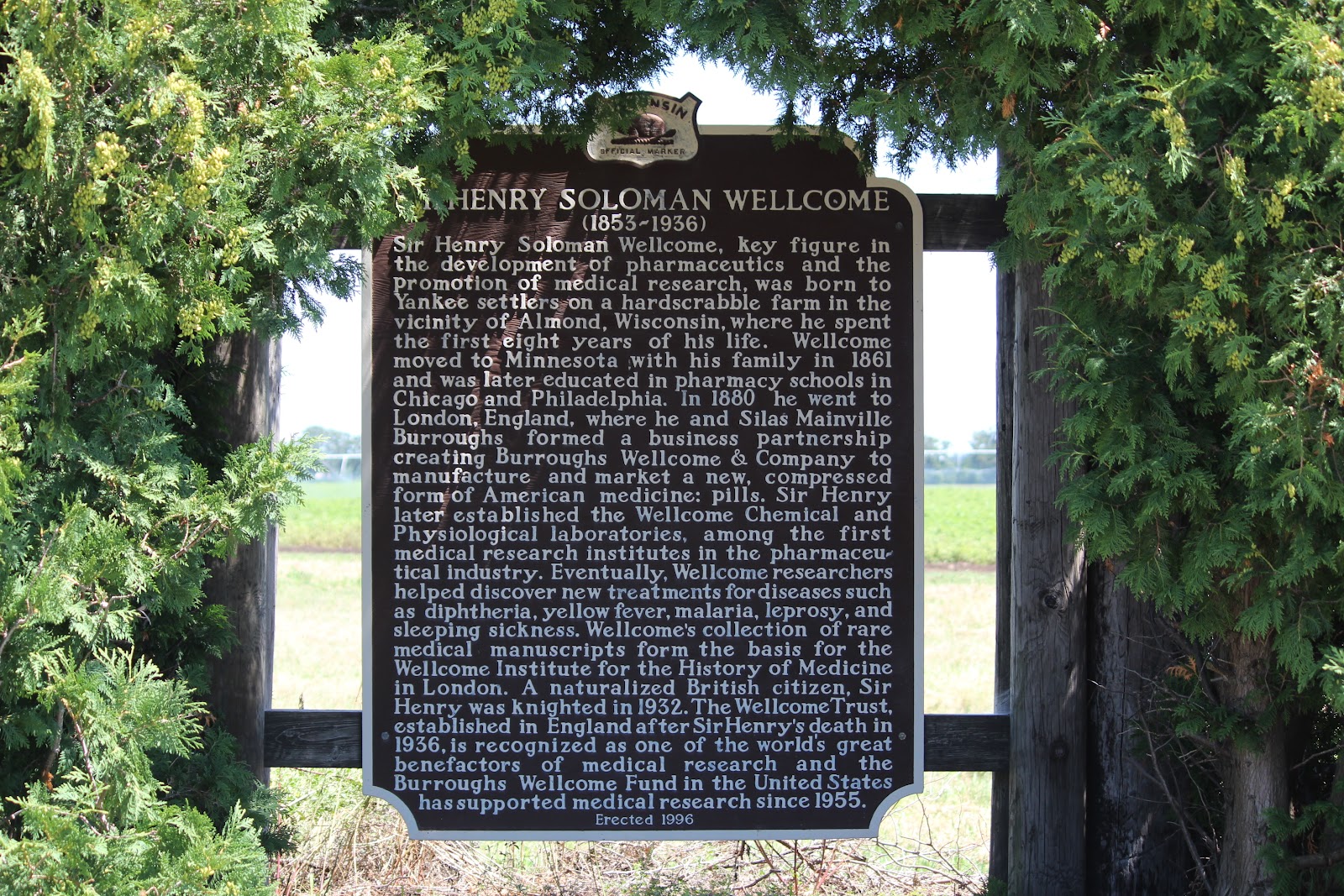 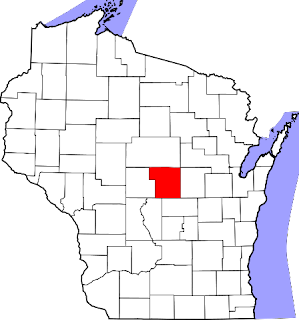 Almond is located in Portage County.

Welcome to the Village of Almond 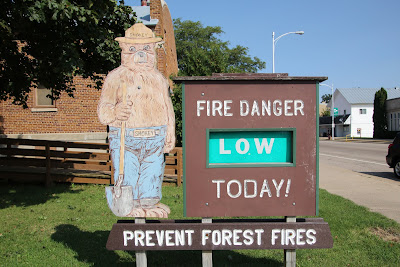 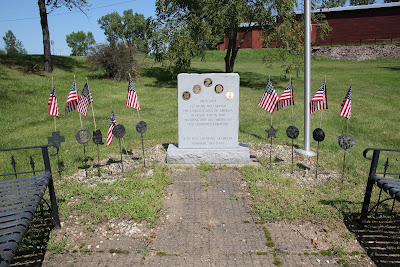 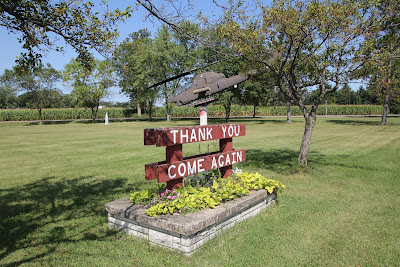 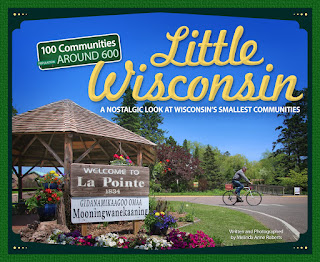