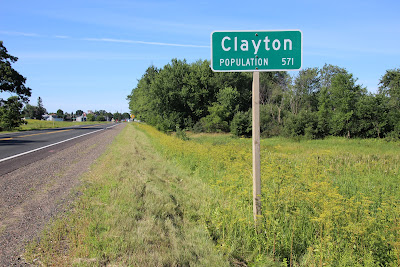 ★ A cyclone struck Clayton at 6:00 p.m. on September 9, 1884. Clayton sustained heavy losses. Hubbard & Co.’s large mills and lumber yard was seriously wrecked. Half of the lighter structures in town were blown away by the 15-minute storm.

★ The first page of the Oshkosh Daily Northwestern reported on February 20, 1889, the story of “Crooked Mr. Crooker”. J.A. Crooker was a traveling man in the employ of a Milwaukee firm. While conducting business in Neenah in the fall of 1888, and using the surname “Smith”, he “met and wooed” an “estimable young lady”, Miss Mina Merrill of Clayton, who was there visiting friends. Their courtship led to marriage on January 6, 1889. Shortly afterwards Crooker disappeared. By February 20th, no one had seen him for two weeks. It was reported by those who saw him last that he was “hardly recognizable . . . so altered was his personal appearance, he having shaved off his mustache”.

★ When Omaha Train No. 9 from Chicago reached Hudson on March 12, 1913, there were two riders without tickets – twin sons born to Mr. and Mrs. Nathenial Churner of Clayton. The boys arrived just before the train arrived. 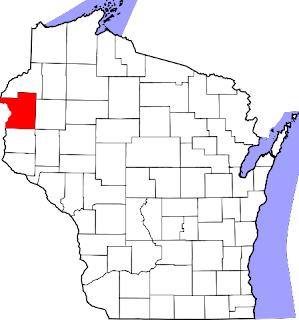 Clayton is located in Polk County. 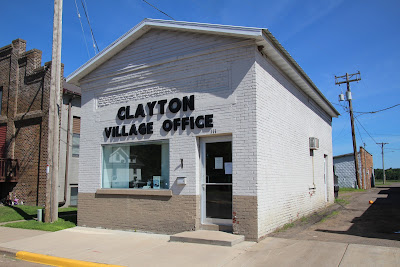 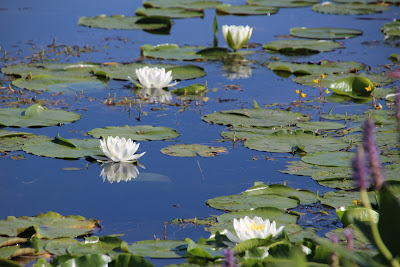 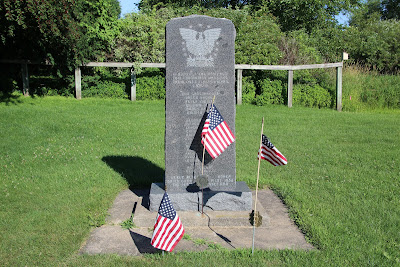 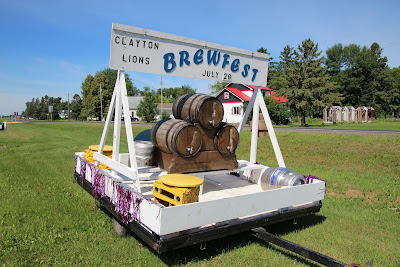 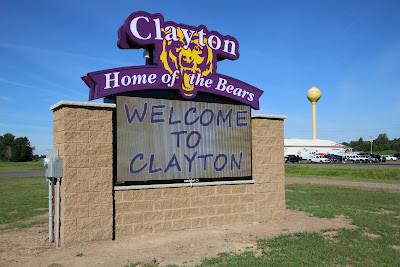