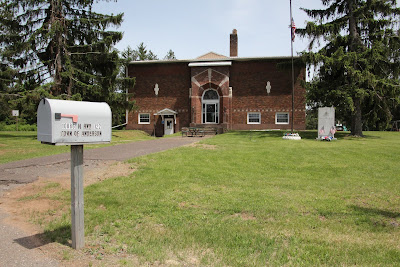 ★ When a new school was built in 1906, the old school became the town hall. The hall became the center of activity, used also for religious services as Anderson had no church.

★ Three bridges to replace dilapidated old ones (two crossing the Potato River) were completed in 1910 with $4,000 in bonds. Both the Potato River and Tylor Forks River and tributaries were noted trout streams, and the area woods contained considerable game including deer and the occasional bear. By the 1930s, the deer had increased so rapidly that an annual winter feeding program of alfalfa hay was implemented.

★ The Ironwood-Beanemer Railway and Light Co. was granted permission in March 1912 to erect power lines in Anderson, with the specific understanding that they shall “in no way interfere with the use of public property”.


A "Trail of Devastation"

A “trail of devastation” was left by a tornado that bore down on the 300-person village of Upson (an unincorporated community in the Town of Anderson) on Friday, July 17, 1926, at 7:30 p.m., injuring 25 terrified residents.

Nearly every building in the village was destroyed or damaged, leaving the town “in ruins”.

The depot lost its roof and the west side of the building was demolished. Large trees were knocked down at Upson Community Park.

Mr. and Mrs. Jacob Johnson lost their home and all their farm equipment, but all escaped with only minor injuries. M. J. White, proprietor of the Upson filling station was lifted up and crashed into a tree 20 feet away. Miraculously, he was uninjured.

Three Ashland county residents were killed – Mabel and Julia Johnson, 18 and 20, respectively, were finishing their farm chores with father Otto Johnson when they were “lifted bodily from the ground” and carried away to be killed upon impact when they struck the ground. One girl was “hurled 600 feet into a ravine”. Otto and his wife were critically injured.


Twelve-year-old (or 14 year old) Irvine Anderson, son of Mr. and Mrs. Albert Anderson, died when he was “struck by falling debris” on the Anderson family farm near Merengo.

The storm originated near Chisholm, Minnesota and travelled in intervals southeasterly over Minnesota and Northern Wisconsin. Spanning 50 miles, the tornado cut a swath from 300’ to ¼ of a mile. Hailstones “as large as hen eggs”, some “as big as baseballs”, accompanied the cyclone.

Property losses at Upson totaled about $10,000 to $25,000 (depending on the newspaper report); additional damages to crops were estimated in the thousands of dollars. 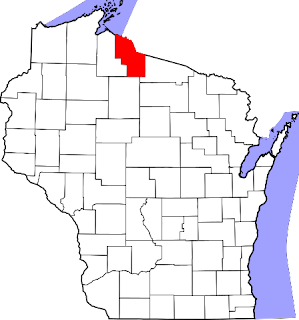 Anderson is located in Iron County. 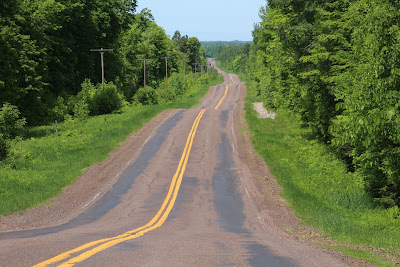 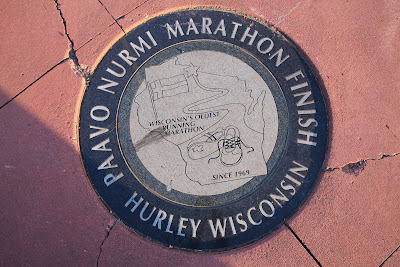 Medallion on Silver Street in Hurley. 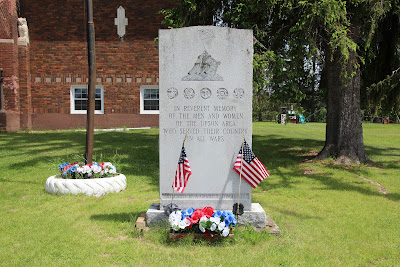